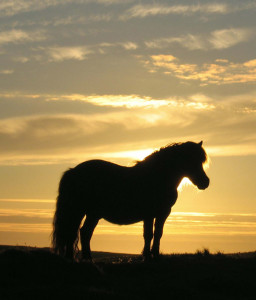 I love animals. I believe that they are a wonderful part of God’s creation. And many of them do so many things for us. They keep us company. They protect us. They help us with our tasks. And they generally make life interesting.

I have been blessed to have had a variety of animals over the years. I have had dogs, cats, chickens, turtles, hamsters, horses, pigs, and I’m sure some that I just can’t think of off-hand. But of all the animals that I have had, I most remember Elmer.

Elmer was a 27-year-old Shetland pony of which I had 1/6 ownership. That was back in the mid-1970’s. Elmer was rather short, quite heavy, and had never been neutered. So he was feisty … sooo feisty! I happened to get in on the ownership of Elmer because I was having coffee one morning in the coffee shop with five farmers from our congregation. A guy came in and said that he was moving out-of-state, and he wondered if we would take Elmer. We said “sure”, and so we all became part-owners. The guy said that he didn’t have a saddle to give to us, but he threw in a big old rope that he said we could wrap around Elmer’s belly, and ride him. Sounded easy.

So we all got busy with food, and with pastures, and we set up a schedule for taking care of Elmer. It looked so easy. But it wasn’t. Elmer had his own mind about things, and so whatever he wanted – he did! When we rode him, he always headed to the fence that had a mare in it. He didn’t care where the “driver” wanted to go; he was going a-courting!

He also liked to lead the rider into a snow drift, where he would stop, and not proceed, until the rider got off.

But the kicker was when I decided to include Elmer in the church’s outdoor manger scene as part of the Christmas Eve worship service. Everyone was bundled up and I was looking very “holy” in my pastor’s robe. While I was very dignified as I read from Luke’s Gospel – the beautiful story of the baby Jesus coming to earth to be with us and for us – Elmer decided to relieve himself along my right leg. It was quite a sight! After I “blessed” Elmer, I pulled him aside and chatted with him. But you know what? I burst out laughing! It was one of the most memorable Christmases I have had.

Well, Elmer’s shenanigans continued and he brought much joy into my life. Two years later, my wife and I moved away, and I was forced to give up my share of Elmer. A few years later, he died, and is buried in the pasture of one of the six owners.

I think of Elmer a lot. He frustrated me, but he brought joy and laughter into my life. And I surely do appreciate him, and most animals who cross my path.

So thank you, God, for animals, a most wonderful part of your creation. I can see Elmer now, looking down and smiling, saying, “It was good to spend some life with you, old friend.”

Ralph Rohr has been an Ordained Pastor in the Lutheran Church for 42 years. He recently retired, after having served for 25 years as the Pastor of Trinity Evangelical Lutheran Church. He and his wife have two children, their spouses, and five grandchildren.