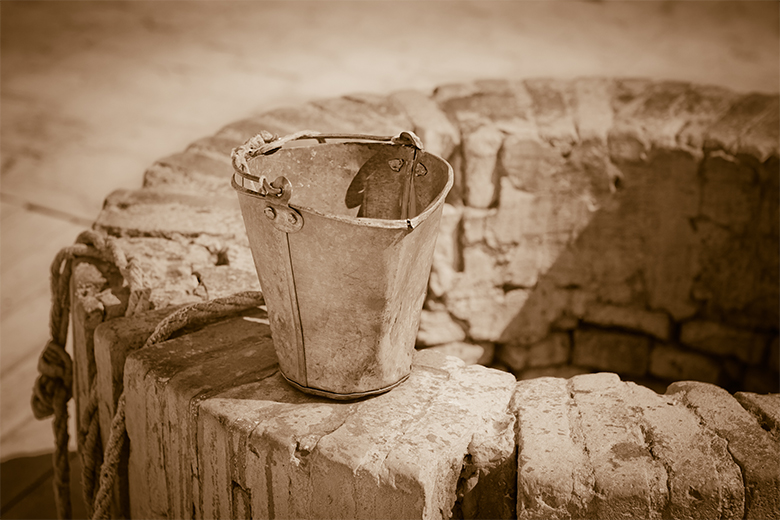 Water is a fundamental requirement for both people and plants. I taught two water related courses at the university for most of my 34 years, Groundwater Hydrology and Flow in Porous Media. Initially, both areas of study developed because of the relationship between water and agriculture. Flow in Porous Media looks at water and chemical movement to plant roots. Where good water is available, people and plants can grow. Where water is not available, or is of poor quality, the land is barren.

The land surrounding Israel is largely arid. Having water is necessary for crops and animals. Finding springs of water was important and digging wells was necessary for life. During the first lecture of my Groundwater Hydrology course, I gave several examples of the historical significance of water. The first reference was from Genesis 26.

19 Isaac’s servants dug in the valley and discovered a well of fresh water there. 20 But the herders of Gerar quarreled with those of Isaac and said, “The water is ours!” So he named the well Esek, because they disputed with him. 21 Then they dug another well, but they quarreled over that one also; so he named it Sitnah. 22 He moved on from there and dug another well, and no one quarreled over it. He named it Rehoboth, saying, “Now the Lord has given us room and we will flourish in the land.” (New International Version)

12 Isaac planted crops in that land and the same year reaped a hundredfold, because the Lord blessed him. 13 The man became rich, and his wealth continued to grow until he became very wealthy. 14 He had so many flocks and herds and servants that the Philistines envied him. 15 So all the wells that his father’s servants had dug in the time of his father Abraham, the Philistines stopped up, filling them with earth. (New International Version)

There is an old Western (and Wyoming) saying attributed to Mark Twain about “Whiskey is for drinking and water is for fighting.” We can see that this was also true back then. If you wanted to get rid of your enemy, fill his wells with earth and he will not have a source of income.

Ideas about water flow from the ancient times abound. The Egyptians believed the sun orbited around the Nile. The “River Styx” of Greek mythology was an underground river and source of water. With other examples from the Koran and eastern writings, I finally started discussing the history of modern hydrology and the hydrologic cycle we understand now.

The ecological prayers we recite during the Prayers of the Church strongly resonate with me. Protecting the land, the water, the animals and plants is not just a politically correct thing to do, God’s creation depends on its continuance. If our own wells are filled with earth, we too will die, both spiritually and physically.

One last note. Almost 20 years ago now, a Kenyan graduate student came to me after class one day. We sat in the lab and he told me very quietly, in all his years in school, this was the first time anyone had ever referenced the Bible. He told me how important that was to him and how it inspired him to work harder so he could go back to Kenya and work to improve his country. We never know what God can do with God’s word.

Thomas V. Edgar, P.E., Ph.D., F.ASCE, is an emeritus professor in Civil Engineering after teaching at UW for 34 years. He received the Ellbogen Lifetime Teaching award in 2014. He and wife Sally have two adult children, Erik and Elizabeth.