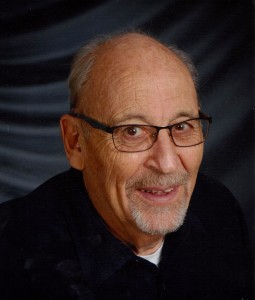 It is with a heavy heart that we must share unfortunate news with you.  We are deeply saddened to hear of the death of our friend and fellow saint, Emery “Smiley” Brunett. Our prayers are with his family, and we know the Trinity Church family will help in anyway possible.

Arrangements are as follows:

The Celebration of Life Funeral Service will be at Trinity Lutheran Church starting at 11:00am Tuesday, July 12th.

The Committal Service will follow immediately after the Celebration of Life Service at Greenhill Cemetery.

A reception will be held in the Rohr Fellowship Hall at Trinity Lutheran Church after the services.

The bulletin for the service is here:

Dr. Emery W. Brunett Sr., 88, of Laramie, joined his Lord and Savior on July 4, 2016, in Laramie, Wyoming surrounded by family.  Fondly known as Smiley or Gus to family, friends, and a multitude of nieces and nephews, he led a life truly emblematic of the Greatest Generation ­ a life dedicated to family, hard work, service and community. He was delivered by his father on December 3, 1927, in the family homestead log cabin at the foot of Ovando Mountain near Ovando, Montana during a blizzard.  He was the youngest of eleven children, including seven sisters and three brothers ­­ proud children of Elbe James and Mary Katherine (Betzler) Brunett. Smiley attended the Ovando one­room schoolhouse, often walking two miles through woods or going by horse and sleigh in the winter.  He graduated from high school in Drummond, Montana. He proudly enlisted in the Army in 1946 and was assigned to a post in Whittier, Alaska.  His limited R&R time there was spent salmon fishing.  He received an Honorable Discharge in 1948 and was awarded the World War II Victory Medal.

He returned to Missoula, Montana and with the help of the GI Bill he enrolled at the University of Montana.  He went on to earn a Bachelor of Science in 1953 and a Master of Science in Pharmacy in 1956.  He earned his PhD in Pharmacy at the University of Washington in 1965. He was appointed an Assistant Professor of Pharmacy in 1964 and found his true calling as a teacher.  He taught dispensing in Pharmacy at Drake University from 1966­1969, before moving to Laramie to teach at the University of Wyoming from 1969­1993.  He received numerous outstanding teaching awards and was acknowledged by students many times as their favorite teacher.  He took great pride in teaching “a bunch of knuckleheads.”  He was a practicing Pharmacist for almost 40 years. He met the love of his life, Iris Stephens, at the Pay­n­Save drugstore in Missoula, Montana where he worked as a Pharmacist and Iris cashiered.  They were married in 1960 and were blessed with four children.  Smiley was a member of Trinity Lutheran Church for over forty years.  He was President of the Laramie Civitan Club, founder and first President of the Sunrise Rotary Club, and a member of the B.P.O.E. Elks.   He was an avid fisherman and enjoyed reading, hunting, cooking, dancing,  a good game of cards, and spending time with his  extended family in Montana.  He loved politics and treasured being hosted by Senator Edward M. Kennedy for coffee at his home in Washington, DC.  He generously supported the St. Labre Indian School in Ashland, Montana and St. Joseph’s Indian School of Chamberlain, South Dakota for decades and several other nature, wildlife and animal preservation organizations. He respected all animals; especially cats and squirrels and he  loved traveling and cherished his time visiting family and  taking special trips to the Atlantic Ocean and Europe.

Funeral services will be held at 11 am on Tuesday, July 12, at Trinity Lutheran Church, 107 South 7th in Laramie,  with Jennifer Michael officiating.    Interment will follow the service at Greenhill Cemetery in Laramie.  Smiley will be buried with full military honors.  All are invited to a reception following at Trinity Lutheran Church to share tall tales, fish tales and everything in­between of Smiley’s great life.

In lieu of flowers, contributions are being collected by the family for a memorial tree at Greenhill Cemetery. 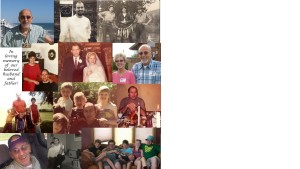 We have moved to a new online giving processor, Planning Center Giving. Please contact the church office with any questions or to get help with this new way to give online.