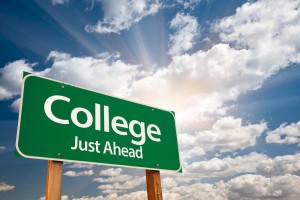 I remember my first college class with total clarity. The class was Calculus I at 8:00AM, Monday morning. It was in a theater style classroom at the University of Colorado, having 80-100 bright, eager freshman engineers. The professor strode in, threw his books down on the table, and said, “My name is Reed and I did not make tenure here. I am working on my book and I don’t want anyone to disturb me. If you have questions, ask the TA’s. Now, look left, look right, only one of you three will make it here. It’s up to you to decide which one …. The fundamental concept of Calculus is….”. No grading criteria, no offer of tutoring available, no office hours, no class expectations other than 2 out of three of you won’t make it (with the obvious suggestion that you would be able to start flunking out here.)

It was not an auspicious beginning for a 47 year career in engineering. In fact, I had more academic up’s and down’s than the Cyclone Rollercoaster in Atlantic City! But despite all of that turmoil, when I later applied for graduate school, my former department head wrote, “Don’t look at Thom’s grades, that’s not who he is.”

So, why the rocky road to get to where I wanted to be? I had the luck (and the curse) of having a creative and inquisitive mind. There were four areas that I was interested in pursuing when I started university.

So, why engineering and not theology. I finally realized that I was a good civil engineer and I could do good things for society that would use those skills. One of my professional society’s mottos is “Civil Engineering is a People Serving Profession.” And it is, uniquely so.

Just as importantly, I found I really enjoyed sharing the knowledge that I had worked so hard to gain. As an undergrad, I helped as a counselor at the high school summer program. I was made the mentor at my job to teach the new hires about the work. In grad school, I became a Teaching Assistant and that finally reinforced my desire to become a professor. I eventually realized my ministry was in my teaching. Because of my difficulties during my first two years, I’ve always had a special empathy for struggling students who made the commitment to continue on. I found they often made excellent engineers because they knew they could overcome any difficulties in design.

My ministry at Trinity has included being on Church Council for several terms, serving as President of the Congregation when Pastor Rohr and I introduced supporting an Internship program in 1993 and serving as its chair for 19 years. My wife and I sing in the choir, and I volunteer for a number of activities for church service.

So, where is your role in the church? You don’t have to be a pastor to be a minister. Paul writes about the many gifts that people have that make up the role of the church. I think you will find that when you find your job is one of service, you will understand how your job and your religion will come together.

Best wishes to you as you start a new academic year, especially for you freshmen. While the struggles may seem great, you can use your faith as one of your tools to be successful. God’s solid foundation will always be there to support you!

Thomas V. Edgar, P.E., Ph.D., F.ASCE, is an emeritus professor in Civil Engineering after teaching at UW for 34 years.  He received the Ellbogen Lifetime Teaching award in 2014.  He and wife Sally have two adult children, Erik and Elizabeth.