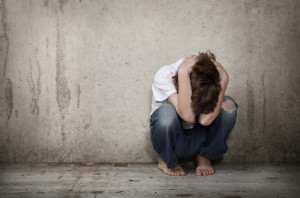 I often wonder if Jesus ever got scared. Being Lent, I’m reminded of the time in the Garden of Gethsemane, pleading with God, asking him if the only way for God’s will to exist was if he freely gave himself to the Romans for crucifixion. He must have been terrified.

I don’t think Jesus wanted people to be afraid though. Whether it was the disciples when he showed up after the resurrection, or if it was the woman accused of adultery that the masses were attempting to stone to death, Jesus did his best to make sure no one feared for their safety when he could help it.

Fear drives most things in the life of a human. I know I hate spiders because I’m afraid. I don’t like to walk through forests because I’m afraid there, too. However, Jesus gives us a place to be safe, secure, and to live absent our fears (except maybe of spiders). We call it a sanctuary.

One of my favorite VBS songs growing up was called sanctuary. It wasn’t about the part of the church where everyone is supposed to look their best. Sanctuary is a call to God, asking for help to become a safe place for others in what can be a dark world. That’s our job as we try and become Christ like.

There are millions of people across the country who fear persecution for identifying as LGBT. So many LGBT youth fear living in a world that will reject them that an estimated 30-40% of them have attempted suicide. I can’t imagine what it’s like to be that afraid.

In Luke chapter 6, Jesus says “Do to others as you would have them do to you.” When you are scared, what is it that you would want? Is it someone yelling from the street corner that you are going to suffer for who you are, or is it a person to be there by your side that welcomes you with open arms? The cross is a sign of Jesus telling us not to fear, for he shows us how to live. He shows us to love each other and not to let others be persecuted and tormented for disagreement or being for being human. God’s love is greater than that. God’s definition of love is much larger than any of us could ever imagine.

Adam Huck is a senior at the University of Wyoming pursuing a Bachelor’s in Economics and Environment and Natural Resources. His pronouns are he/his/him. In his spare time he enjoys playing and creating board games.