Most people you meet can identify a phrase like “Don’t take the splinter out of your neighbor’s eye when there’s a log in your own,” as a Jesus-ism. It has that kind of slightly wordy, slightly obscure, pedantic beat to it. (And it is a Jesus-ism: It occurs with small variations in Matthew, Luke, and Thomas, but not Mark or John.) As with most Jesus-isms it has a traditional meaning that ignores it’s biblical context. In common living it’s a defensive phrase to say “Don’t judge me! You are far worse!” The popularity of this defensive usage is probably because the phrase reverses and amplifies whatever criticism the speaker just received and directs it back at the person who made that criticism. But when Jesus used it, he couldn’t have had this defensive usage in mind because he says it in a lecture setting, not a conversation.
In Matthew the “log in your eye” teaching is part of a long list of things that Jesus teaches his Disciples on a mountain. The list goes on and on, and by the end of it crowds seem to have appeared because all who heard him are amazed. Matthew’s version is (7.3-7.5): “Why do you see the speck that is in your brother’s eye, but do not notice the log that is in your own eye? Or how can you say to your brother, ‘Let me take the speck out of your eye,’ when there is the log in your own eye? You hypocrite, first take the log out of your own eye, and then you will see clearly to take the speck out of your brother’s eye.”

Thomas, as always, is totally without context. Admittedly it might not have been spoken in a lecture setting like Matthew and Luke, but there’s nothing to suggest otherwise. (26) “You see the mote in your brothers eye, but you do not see the beam in your own eye. When you cast the beam out of your own eye, then you will see clearly to cast the mote from your brother’s eye.” It’s essentially the same as Matthew and Luke, but more concise.
All three of these biblical uses of the “log in your eye” teaching include a second half that doesn’t make it into the common-living-defensive-use. That second half follows the accusation of “You hypocrite!” in Matthew and Luke, and is more gentle in Thomas’ second sentence. It forms an implication: If you remove the log from your eye, then you will see clearly and be able to remove the splinter from your brother’s eye.

This second half could be interpreted to mean many different things, with the speck-mote-splinter-log being an analogy for a flaw a person must correct on their own, a problem that can be fixed by another, or an obstacle to enlightenment. Depending on what the “log” is analogous to the meaning changes:

1) Before you help someone, make sure you are not suffering the same problem you are trying to solve.

2) After you’ve fixed a problem with yourself, you may fix that problem in others, but not before.

3) If you are unenlightened, you won’t know it, and can only enlighten others if you somehow become enlightened yourself first.

4) Flaws are easily seen in others, but even a large flaw in yourself is invisible: Therefore fix whatever you see in others in yourself first.

5) Judging others is okay as long as you are certain that judgement doesn’t apply to you too.
and more….

So the “log in eye” teaching could be one of many meanings, and because of the second half of the teaching, few or none of those meanings align with the common-living-defensive-use. The Bible may not be a clear text, that can be read without interpretation, but it’s far better than the endless and self-disproving chain of “You have the log in your eye!” “No, you have it in your eye!” which often results when someone tries to use this teaching in common-living. It reminds me of family car rides “I’m not touching you!” “No, I’m not touching you!” And you can guess how productive those arguments were! 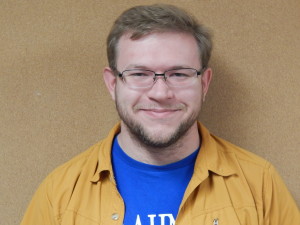